Similar to Cereal crops, potatoes are generally planted in the Springtime with the bulk of the crop being set between March to April. Planting times for each farmer depend on various factors including weather and soil conditions, as well as the variety of the potato crop which is being grown. Potatoes are highly sensitive to frost, with farmers taking caution to this by bedding the crop either under fleece or sheeting to protect them from the cold weather. It is also therefore advised that the crop is planted when the land is expected to be free from ground frost.

Being a root crop where the yield of the crop grows and thrives underground, deep cultivation is needed in order to ensure that the seed potato is given enough nutrients and space to develop, which is why potatoes are usually grown in beds. There are two main types of potato crop: ‘earlies’, which are harvested before the end of July, and ‘maincrop’ potatoes which are harvested any time after the beginning of August.

As well as taking extra care of the crop during the cooler months, potatoes need a great deal of care throughout their growth as far as spraying is concerned. Being one of the most troublesome crops for pests, weeds and disease, the grower needs to ensure that their sprayer can adapt to treat at various stages throughout the growth stages.

The best coverage, more working hours and the highest level of convenience with HighTechAirPlus. Changing (weather) conditions, the right amount of chemicals, a smaller window of opportunity: A challenge you can tackle with the HighTechAirPlus system. HighTechAirPlus is a combination of traditional spraying, air assistance and mixing in the nozzle holders. The perfect combination to create a constant and easily set droplet size that can be adjusted to changing conditions from the cab.

As well as offering a solution for unparalleled height control and in-house PWM system, the Agrifac Condor and Condor Endurance can be built with a FastFoldPlus boom mechanism. Popular for potato growers, this option enables the operator to open and close the boom at a much faster rate than other self-propelled sprayers available on the market. As well as increasing output and reducing the time spent in the field, this feature is highly desirable for potato growers who generally plant without headlands, as the turning space at the end of the rows are minimal to zero, meaning boom folding is much more prevalent when working in the potato crop. 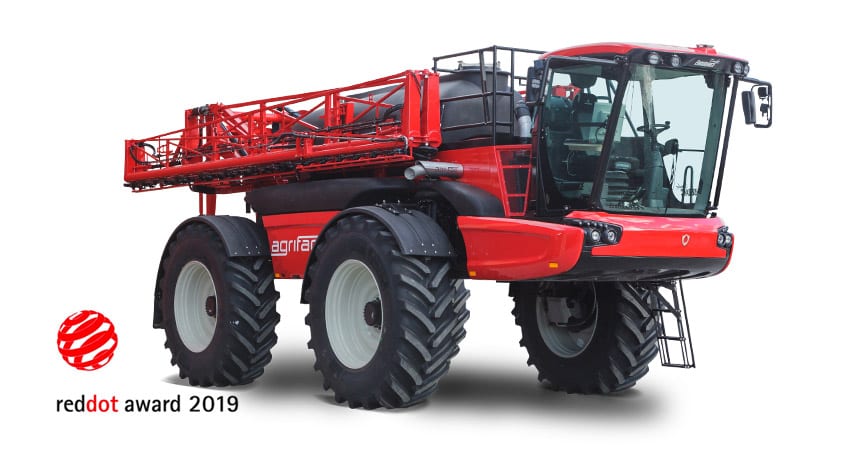